“We think sometimes that poverty is only being hungry, naked and homeless. The poverty of being unwanted, unloved and uncared for is the greatest poverty. We must start in our own homes to remedy this kind of poverty.” Mother Teresa 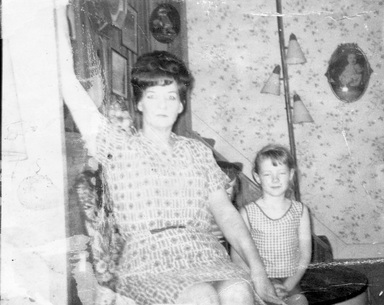 Mom and me, circa 1964
I am a survivor.
​
All survivors make it because there exists an invisible “How to Survive the Unsurvivable” manual that you can download from that mega kindle cloud reader from the Great Amazon Cloud in the Sky.

There are pithy chapters on How to Numb and Forget. The Sacred Art of Secret Keeping. How to Cut and Paste Memories. How to Smile While in Excruciating Internal Pain. How to Become Invisible in a Crowd.

There’s a plethora of alternatives we use when times get rough: imagination, play, pretend, escape into fantasy, dreams, stories, TV, videos, music. Just about anything will do in a pinch. The human psyche, especially a child’s, is highly adaptable. It’s a very useful manual with chapters specializing in every trauma imaginable: physical, sexual, emotional, mental, bullying, self-inflicted, physical, neglect, accident or witness to violence, war, natural or human-made international or domestic disasters. Take your pick.

Since I met the criteria for a good number of these categories, I qualified for the frequent user discount program. As a result, I am a Grand Master Amnesiac, skilled in the fine art of forgetfulness. The only problem is that amnesia operates like chemo – it wipes out good memories along with the bad, leaving you with long stretches of blankness in memory.

What I do know is this: I grew up in Cleveland, Ohio, the youngest of six children, with five older brothers in an Irish-Catholic family. With one grandfather who bootlegged alcohol in the family bathtub and the other, nicknamed “Big Red,” killed in barroom brawl; well, that set the stage for wholesome family living for years to come. Dad loved the ladies, drinking and my mother; I believe more or less in that order. My father was an extremely successful traveling salesman marketing high-end china, crystal and Heisey glassware. Half his samples ended smashed against the walls in many of my parents’ infamous fights. After one lady and one drink too many, mom finally got fed up.

Pregnant with me, with proof of infidelities in hand, a grand confrontation occurred. Mom, in one of her rages, locked herself in a bathroom with a knife, threatening to end it all. Heavy with child, she went about scrubbing the kitchen floor so fiercely her waters broke and she left behind her a stream of bloody liquid, tinged with fury and pain. So I was born a month early, on my grandpa Joe’s birthday. This delighted him to no end. Mom on the other hand faced a medical emergency and ended up with a hysterectomy. With a crumbling marriage and six children to care for, she had her hands full. By the time I was two years old mom had kicked dad out. He just disappeared. Poof. It was just mom and us.

After dad left, money got really tight. Mom went back to work, even got two jobs. My brothers during this time were amazing. The four oldest boys, even mom, held paper routes in the morning and afternoon, delivering newspapers to half of northeastern Ohio. Michael had an additional job after school. Yet they got their butts to school, took care of my younger brother and me until mom got home from her evening shift. Every penny they earned went to put food on the table and pay school tuition.

Education was highly valued and seen as a ticket to a better life. So the sacrifices were worth it. Yet even with all these efforts, it wasn’t enough. Eventually mom could no longer keep up with the mortgage payments and we lost our home in the suburbs. We moved to a low-rent district in Lakewood, just outside of Cleveland. We lived there for a few years until mom was able to secure a subsidized loan on a house on West 85th Street, on the West Side of Cleveland. That house would be our home for the next twenty years. 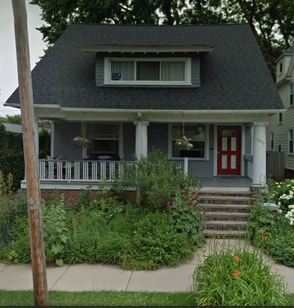 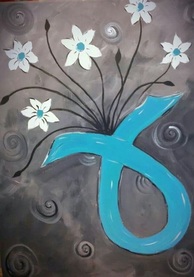 Give the gift of music to the next generation through donations to: